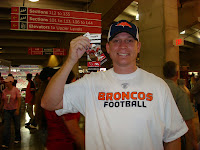 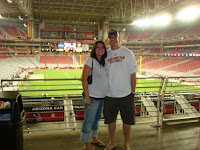 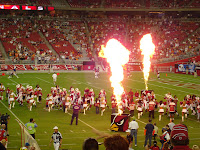 We lucked out and got some tickets from my generous brother to a Broncos game, thanks so much Todd! It was so much FUN!! I was so glad it was an indoor stadium with air conditioning.
Brent was so adorable! It was like watching a kid at Christmas. He has been a fan since he was little, but this was his first live game. I surprised him and got him some Broncos apparel and we went to a nice dinner, so it made for one awesome night. Gage (the fetus) loved it, I think. It was so loud in there, he was getting into it. I think we have another Broncos fan!

How fun, I am glad the baby had fun too!! ;O) The salon looks like it's coming along really nice!!!

Oooohhh, so lucky to have seen the CARDINALS play! Too bad they were playing the Broncos.

Hey Jenna! Hope you don't mind I found your blog. I just wanted to tell you how absolutely adorable you look in that picture! I'm just sad I won't be around to see the little one when he arrives. Have fun in primary without me!

Hey Jenna, tell Brent just for old times sake I said Broncos suck! And he can tell Spencer Egan I said that too. He he he he Just kidding. Glad to see all is going well. Fancy salon, growing a fetus... wow. Drop in on our blog sometime :) xoxox

Hey Jenna! I never responded when you left a note...oh, forever ago. I am so sorry- I really have been meaning to. I am so excited for you and your upcoming addition to the family! I wish you all the best, you look awesome!
Brittney (Otte) Israelsen

Fun, Fun! Your belly is so cute! Cute name too, I remember hearing that name before, was it on your list with Gav or no? Well, I am so glad that you have updated!

Okay first things first, Your a lookin' super cute preggo Miss Jenna-roo! I love that about Brent, how excited he gets about things (like in Disneyland with the whole Jedi training thing) He is just a big kid! So you really are having your third baby right?? he, he :) Looks like you guys had a blast! miss ya lady!

You are such a babe! I miss you and wish I could hug your tummy. The salon looks great! Hope we can take a girls trip to see you someday.

You guys are Broncos fans?!! Actually, I have no idea if they are good or bad... but it makes a fun date night! :)
Jenna- you look SO cute! 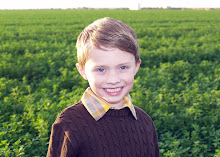 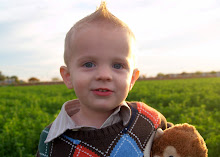 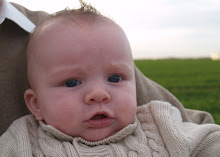